From houses to things … 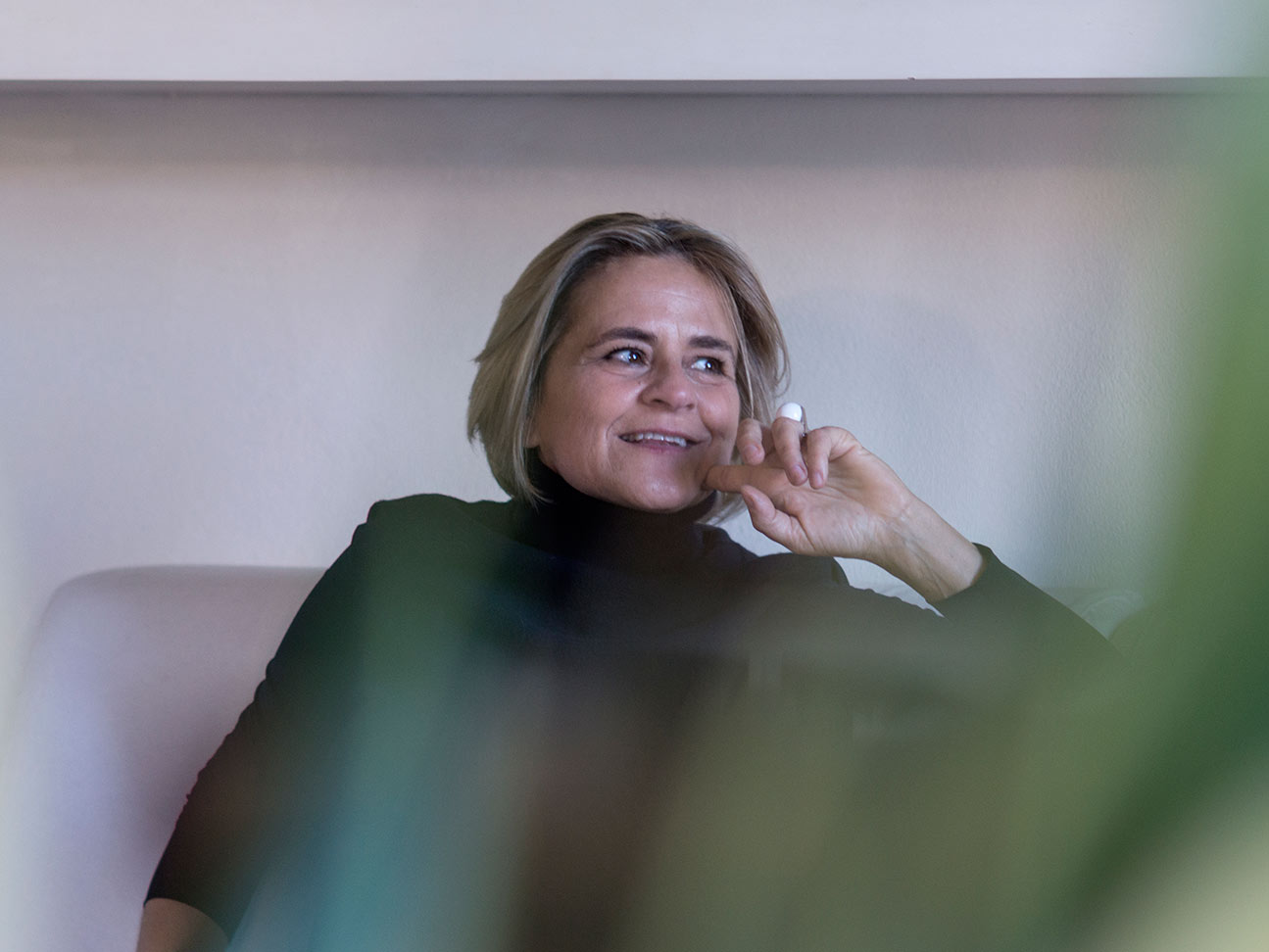 The architect Simona Giovannetti photographed by the artist Pablo Massa

I arrived on Elba by chance; I was a child, only ten years old. I lived in Taranto with my family and my father worked at Italsider, today Ilva, an acronym that happens to be the same as the Latin name for the island of Elba. A name, a destiny.

We wanted to move and the company had suggested Cogne, in the Aosta Valley . My father accepted, but as soon as he got off at the station he suffered an allergic asthma attack. Cogne would not be the place where we would move. The next proposal was Elba , where Italsider managed the mines for the extraction of iron.

This is how I arrived on the island, by pure coincidence .

I have often wondered how my life would have changed if I had grown up in the mountains instead of by the sea. I think the liquid element would still have called me to itself. Because I am a woman of the sea . Viscerally linked to Elba and so proudly an islander that whenever I am abroad I always find a way to point towards where I come from.

Elba has given me a lot. I have always cultivated a passion for design , which according to public opinion I could have developed only by attending the good salons and having the right acquaintances in Milan, Paris, London, and New York. My classmates at the Faculty of Architecture, who had the same dream in their hearts, were living there, in the undisputed capitals of fashion and design. Instead, stubbornly, I stayed on the island and, after years of designing houses, I created DAMPAÌ , an ambitious project based on fashion bag and accessories that has strong roots in the territory. All the members of the factory, for example, live on Elba and from the beginning our advertising campaigns have involved only people from the island, who therefore feel part of the whole idea, like a choir.

In 2017 I moved the warehouse and opened a small workshop inside the Pasquale De Santis prison , in Forte San Giacomo in Porto Azzurro . From that moment the bond and the collaborative link with my island have been strengthened, if possible, even more.

The prison experience, with people secluded for years, is changing my way of feeling about and organizing work. You have to live this experience to understand it. Today I have two employees, Sinan and Yosmari. Zhang returning home at this time, having taken advantage of the opportunity he was given after nearly two years of excellent work for Dampaì. With Yosmari I cut, sew and take care of the warehouse, while I have entrusted the management of the online shop to Sinan. A climate of understanding has been created, of genuine respect. And it functions.

There is pride in having done something good together, that is not taken for granted. It’s working. The perception of gratitude and the feeling of having built something. I believe in further focuses me on my project. I am convinced that we must dare, that we must have the courage to embark on a company that we believe in, and then even the difficulties can be overcome.

ARCHITECTURAL DISCOVERIES ON THE ISLAND OF ELBA – Pacini Editore

Among the architectural discoveries on Elba that the publisher Pacini collected in the book “CASE MODERNE HAUSER” – from Roberto Gabetti and Aimaro Isola to Gio Ponti – it was a pleasure and a source of pride to find my renovation and expansion project of a villa located in Capo Bianco, one of the most evocative places on the island.

In the aforementioned project I transformed “Villa Meroni” by proposing a new typology more suited to the coastal area where the building is located, while maintaining the existing materials and the large openings already present in the original building.

The direction of the work was very well supervised by the surveyor Mauro Zamboni with whom, in deep friendship and esteem, I worked for many years in the technical and design studio in Portoferraio, which I left in 2018 to follow DAMPAÌ.

Procedure to carry out to make a return