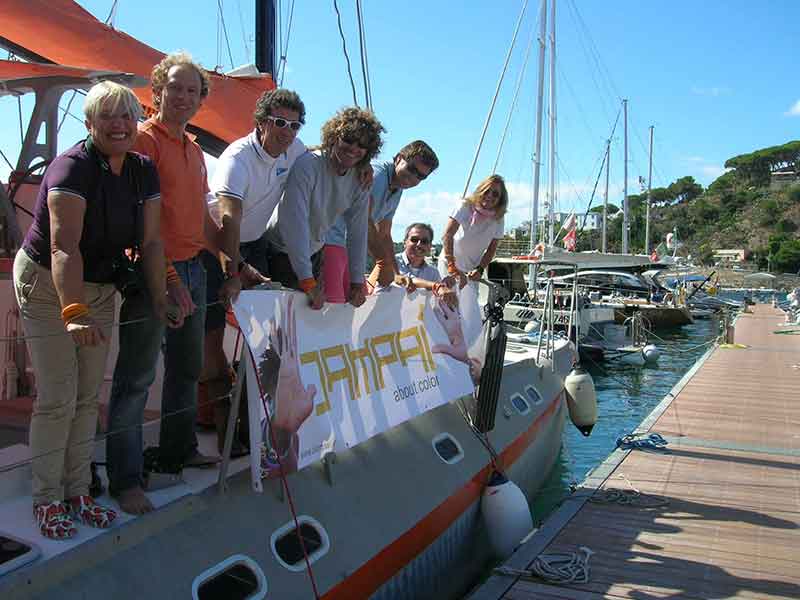 Bernarda Handbag is a DAMPAÌ bag.

It has this name in honor of the catamaran Bernard London, a 15-meter aluminum boat dearly wanted by the owner Roberto Pambieri and designed by the naval architect Rodolfo Foschi in 2006.

On Bernard London, during a fantastic journey of 1600 miles in the Mediterranean, beyond the legendary Columns of Hercules and towards the Canary Island of Lanzarote, Bernarda H / B took shape and life.

Bernard London, which left Porto Azzurro in Elba on 19 September 2011, arrived in Lanzarote on the morning of 1 October. The crew was made up of two women and five men. Simona Giovannetti, aka Dampaì, was on board. Bernarda H / B was conceived, planned and designed on the 10th day of navigation around the 32nd parallel off the Moroccan coast in that stretch of sea between Casablanca and the city of Essaouira…

Based on the book by Angela Galli “Traveling West with Bernard London, from the Island of Elba to Lanzarote by catamaran” Persephone Edizioni