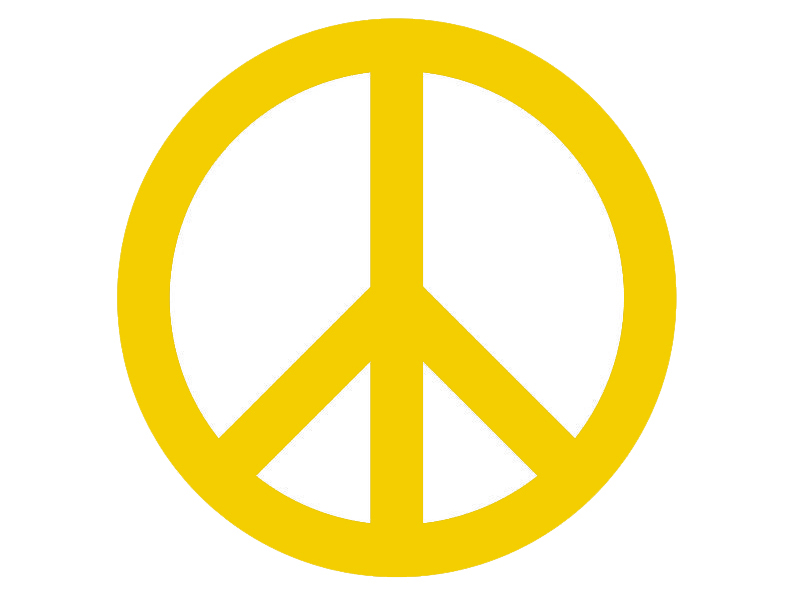 Once upon a time there was Peace & Love

The symbol of peace and brotherhood, created by the British designer Gerard Holtom in 1958, can be read as the stylized representation of an embrace and for this reason in the 60s and 70s of the last century was adopted by the hippies – the “flower children” – to represent a slogan that has become legendary and universal: “Make love not war“.  It accompanied the demonstrations for nuclear disarmament and anti-militarism for over a decade, which culminated in the protest movements against the war in Vietnam. In August 1969, a six hundred acre hay field near Bethel, a rural town in New York state, hosted the Woodstock Festival, the most famous musical event of all time. Three days of peace, free love, rock music – and lots of rain – attended by five hundred thousand young people and the most influential artists of the time, from Joan Baez to Janis Joplin, Jimi Hendrix to Joe Cocker, and Jefferson Airplane to Crosby Stills Nash & Young. During the “three days that changed the world” that bare and minimalist brand appeared everywhere, on the faces and bodies of boys and girls, on jeans and T-shirts, on posters, stages, banners and Flower Power Volkswagen vans (“put flowers in your guns”); an icon on the road of an ideology founded on equality, respect, and non-violence. A circle and three lines, what else? A distillation of purity and simplicity that we wanted to paint yellow, the color of light and attention, wisdom and hope. So that “Peace & Love” and its imprint still unleash their gentle strength and are not just a memory.